The Rise of BookTok and Its Impact on the Reading Community

During the COVID-19 Pandemic, people turned to social media to keep themselves busy and feel connected to others from the safety of their home.

One platform that saw the largest increase in users was TikTok, an app where content creators share videos of everything from the food they eat to the clothes they wear. One subdivision of the app that has taken over a large portion of the app is BookTok.

The BookTok community is a group of avid readers who share book-related recommendations and reviews through creative videos. This community has been on a steady rise since the start of the pandemic and the hashtag #BookTok has an upward of 27 billion posts, according to data. These posts have affected sales in books around the world and have given small authors the opportunity to get coverage for their books as well as have sparked book sales. 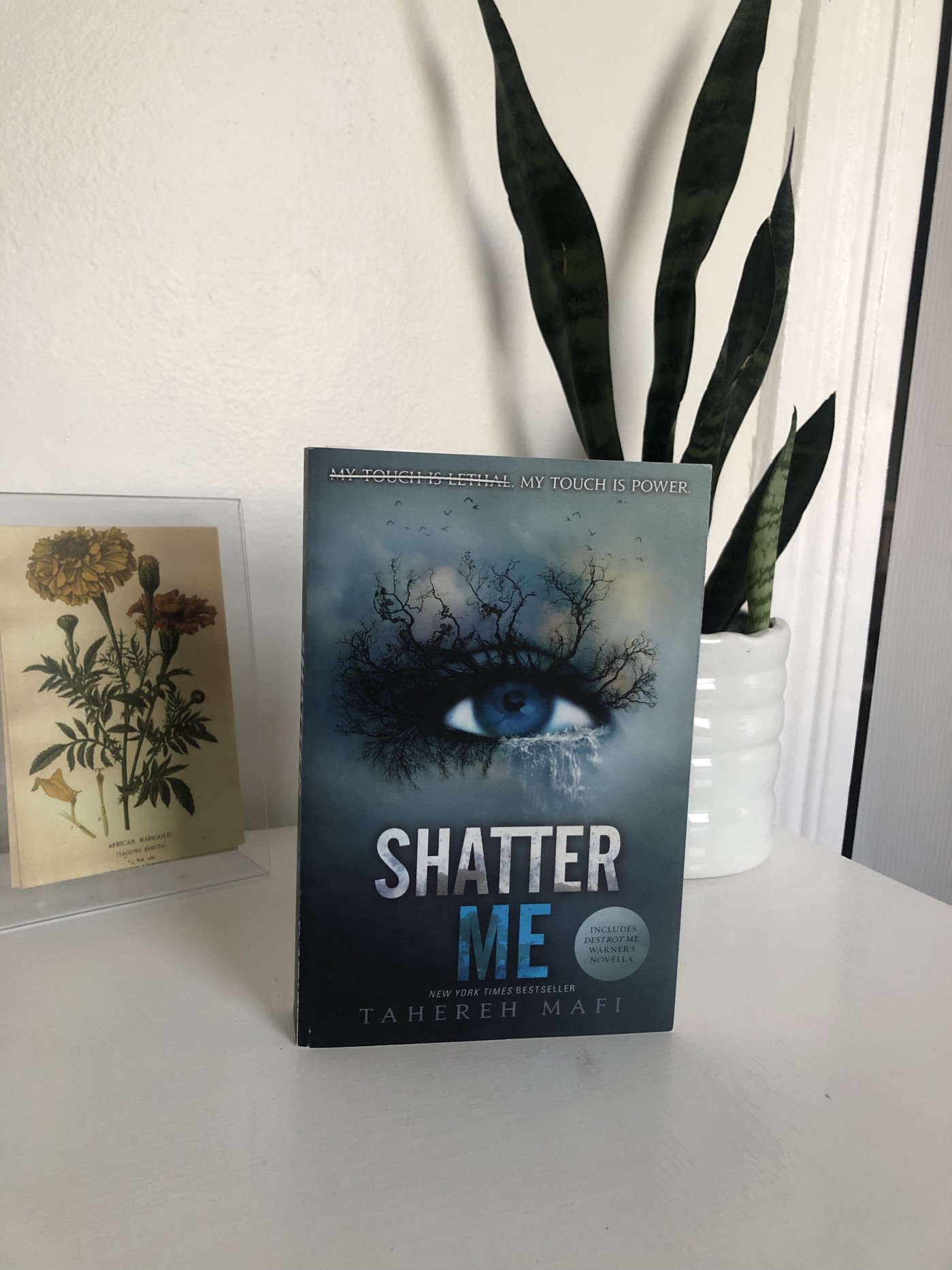 Professor Elena Maris from University of Illinois at Chicago’s communications department specializes in the tech industry, mainly social media, and the interactions with their audiences. Maris considers herself a part of the BookTok community and sees the positive impact that it has had on the reading industry as a whole. She spoke on the impact that it has had on the demand for books and the increase in people reading.

“Will there be positive impacts? Yes, because everybody has their first place that they discover either a fandom or a practice, whether that’s they really find a book or a or a genre of books or an author that they love on booktok.” Maris said about how much of a positive impact the reading community can see from BookTok as well as the new readers that are welcomed.

During the pandemic, there was a dramatic increase in book sales, whether that was physical copies or electronic copies. This increase is thanks to creators like 21-year-old TikToker Kimmy Nwokorie from Texas, who goes by KimmyBookss on TikTok. Kimmy uses her platform to rave about her favorite books, which include romance novels – one of the most popular genres among young readers as of right now. Her account has a following of 85,000 users and her videos have inspired many to pick up new books for their own enjoyment.

According to TikTok Newsroom, the BookTok community has been around since 2020 and became more popular after the quarantine mandate was placed in March 2020. With more time on peoples hands and fear of what was going on in the world, readers took to books to try and escape reality for a while to help deal with the uprising epidemic.

“The pandemic sparked me wanting to read,” Kimmy Nwokorie said, “And then I read the Percy Jackson series, like the first thing I was obsessed with. And so I was like, ‘Let me just reread these books’ because I just kept seeing Percy Jackson on my timeline on Twitter and stuff like that.”

Staying at home allowed more free time to read but also more time to shop for books. Book stores were forced to shut their doors at the start of the pandemic, but online book sellers were able to meet people’s book needs. Amazon was people’s first choice to find book titles, but local bookstores began to offer drive up services where people could still purchase books in a safe manner.

Despite the amount of people not being able to go into local bookstores, book stores held on to the chance that one day they will be able to have readers roam around their stores. According to the Los Angeles Times many bookstores have reopened on June 16, 2021 welcoming customers as long as they wear a mask and practice social distancing. This has brought happiness to both readers and bookstores who can continue business during difficult times.

“… it’s [booktok] created a lot of opportunities for creators to have a technologically easy or at least accessible way to create content,” said Maris.

BookTok has not only had a significant impact on publishers and readers, but on bookstores given the amount of people who want to get their hands on the latest talked about books on the platform. Old titles are being revisited once more such as “Song of Achilles,” which has been on the shelf for months but got more attention after people started discussing the book on TikTok.

According to Insider, BookTok has given life to old titles having employees in bookstores such as Barnes and Noble constantly restocking shelves to meet demands. Everyone wants to know what is trending, therefore book stores are creating their own ways to let their customers know they have what they want.

Barnes and Noble as well as smaller neighborhood book stores have begun setting up “BookTok” tables which contain the latest books creators on TikTok have been sharing. Not only does this help promote authors’ books, but creates a welcoming atmosphere for readers who just began to read to grab books they have heard being recommended on social media.

“Those [TikTok] tables sell really, really well,” Kimmy said, “I’ve talked to some of the people who like work there … say those books sell like a hundred times more than they ever would like just back there. So I think that Tik Tok is helpful in the sense of getting those authors out there.”

“I think booktok’s interesting because it’s centered around practices. In some ways it’s very much a fandom space…they’re [reading community] a big community across the internet, they always have been.” said Maris.

The impact booktok has on the community can be seen with the sudden influx of readers.

Booktoks’ influence on the community is seen through the impulse to buy the recommended books that influencers have recommended. According to TheBookSeller, “Tiktokers are more likely to make an impulse purchase of something they’ve seen in the app than users of YouTube or Facebook and 68% more than Instagram.”

“I now look at BookTok first before any other website. I found a lot of my favorite books on BookTok” said Sydney Engberg, a graduate of The University of Illinois Urbana-Champaign and an avid user of Tiktok.

Booktok gets people to read more, “All you need is that push. And I feel like when you see that video in your for you page and it seems interesting enough, you’re like, `Yeah, let me pick it up’” said Kimmy.

The use of video recommendation on Booktok proves to be influential and important to new and current readers. The ability to have a live critique or summary of a book allows you to gain interest in new topics to explore.

According to The Hoya, “…BookTok has the power to shift the stories readers are consuming by highlighting a diverse range of authors and characters that may not be as easy to discover through a simple Google search or bookstore perusal… more diverse book recommendations to create a more inclusive environment for the BookTok community.” 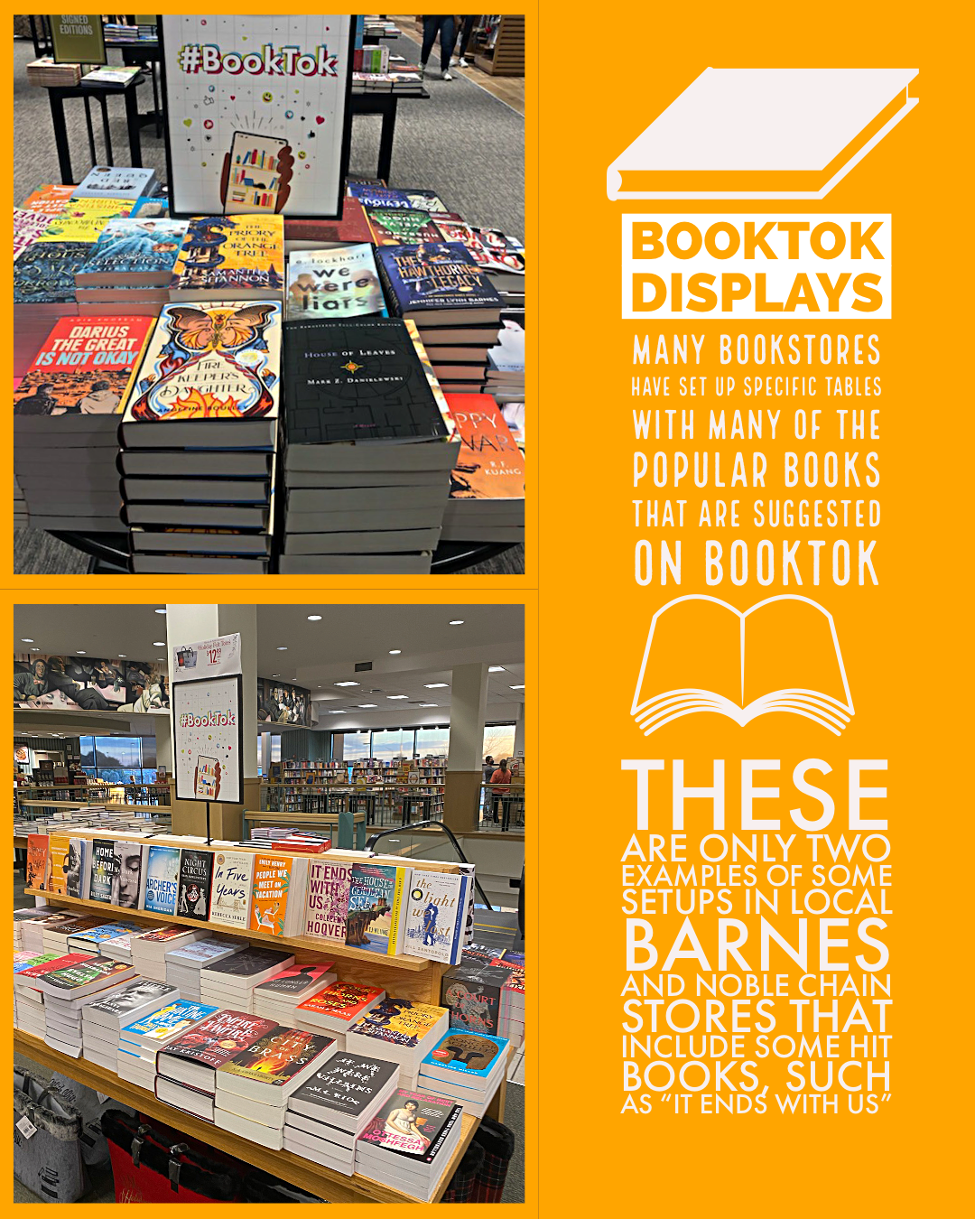 Diversity is a topic that is needed in reading communities to be able to create safe spaces where people feel represented and comfortable being in.

Sydney Engberg said ”a lot of people on BookTok advertise some books as representing minority communities, which definitely increases the interest in [minority community representation] these books”.

Representation is important to many young people, knowing there are books out there about their struggles and identity allows for the feelings of inclusivity to appear in communities.

According to Hollywood Insider, “the app has offered a safe and interactive space for young audiences to find a gateway to the beautiful world of reading.” The feeling of belonging is why many people turn to reading, there is an importance to being seen and understood through books, it allows the reader to keep consuming the content given.

Booktok has helped build communities around the LGBTQ+ community and the People of Color (POC) community, due to book representation.

The community building is seen through apps connected to Tiktok, such as the app Fable.

Like many other sites, TikTok displays content that people are most likely to see such as content from well known influencers or a popular trend. TikTok, like many other sites, tries to stay as relevant as possible when it comes to its content, but unfortunately it does so in ways that affect smaller creators.

On the other hand, from experience, users band together to make sure the proper creators get credited for their work. Many of the times this is seen when it comes to dancing videos on TikTok where major social media influencers will post a dance without crediting the original choreographer in the caption. But as mentioned before, TikTok has the power to create welcoming communities that will stand up for other creators when they have been wronged.