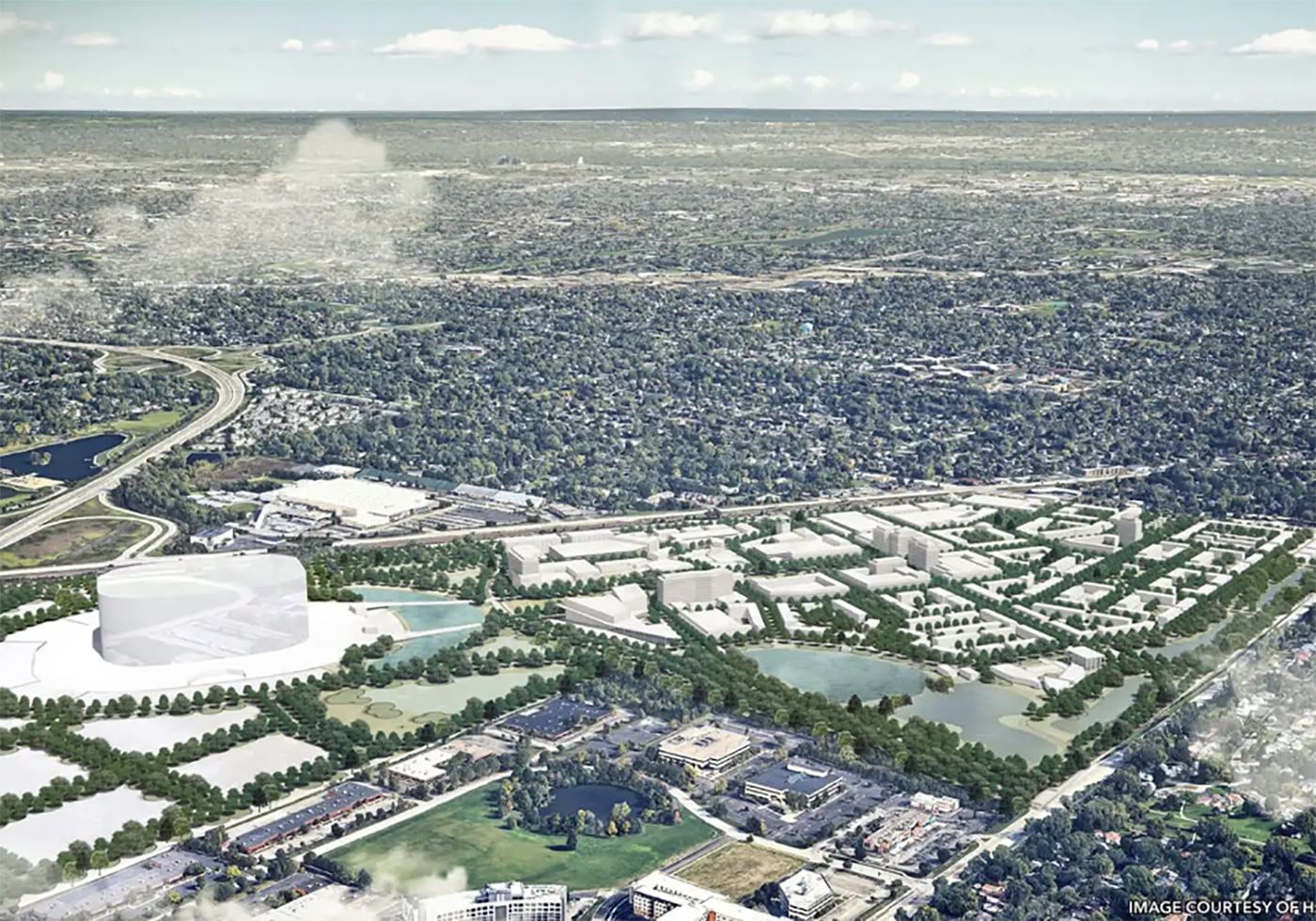 When the Chicago Bears announced their plans to purchase 326 acres of property in Arlington Heights and abandon Soldier Field, Bears fan Joe Reyna was surprised.

“It was kind of shocking, because, you know, they’ve been playing there for like a century,” said Reyna, a UIC student, “and there’s a lot of history with that field.”

Reyna eventually came to terms with the move, saying “They’ve been having a lot of problems with trying to renovate the place … so I know that in a practical sense, the Bears to Arlington Heights is kind of practical.”

He finds himself in the minority of Chicago residents, however, as only 19% of them support the move, compared to 44% who oppose and 37% who are unsure, according to a survey conducted by the Chicago Sun-Times/WBEZ.

Given how strongly some people feel about the issue, it is important to note that whether or not the deal actually goes through is still very much up in the air. The purchase of the property is expected to close sometime in the first half of 2023, which leaves plenty of time for either party to back out. The Bears are currently doing a multi-year feasibility study on the potential move.

Ryan Bhandari, an economics instructor at the University of Illinois Chicago, argued that getting the city to spend some money on renovations may have been the Bears’ plan all along.

Bhandari said, “Unlike a lot of teams, they don’t own their own stadium. Soldier Field is owned by the Parks Department of Chicago, I believe, and they have to lease it from the city. So they don’t have complete autonomy over their stadium.”

The Bears, as Bhandari points out, can’t simply choose to renovate Soldier Field, they have to convince the owners of the field to do so, and one of the ways to do that is to threaten city relocation.

“The NFL has 32 teams,” Bhandari said, “and there are thousands of cities and towns across the country. So there’s a big imbalance when it comes to trying to be one of the lucky few cities or towns … and specifically, the Bears can potentially successfully leverage this new site in Arlington Heights to extract a series of concessions from Chicago.”

That may not be the only reason the Bears made an offer to buy land in Arlington Heights, but given that they currently play in the smallest stadium in the NFL despite being in the 3rd largest city, and they can’t change that without provoking action from the city of Chicago, its almost certainly a factor.

Additionally, the village of Arlington Heights is in a tough position, given that the Bears, who plan to spend $5 billion building the new stadium, are expecting to receive some amount of public money to help pay for it.

Polling has indicated that 68% of Arlington Heights residents oppose the use of public funding to pay for any amount of the construction costs, so the mayor of the village will have to weigh the political ramifications of an extremely unpopular move.

The fears of Arlington Heights residents likely aren’t unfounded, as several economists, such as Allen Sanderson of the University of Chicago, have warned that the tax breaks and incentives the village would have to offer the Bears would put a major strain on their finances and just wouldn’t be worth it.

Many suburban residents, such as Neil David, a former student of Harper College, are hopeful that the move will still go through, though.

Soldier Field is notorious for being hard to access, and is difficult for residents outside of Chicago to get to. Moving to Arlington Heights would certainly make it easier for fans in the suburbs to go to games, hence why 51% of suburban residents support the move.

They may have some reasons to be hopeful, despite everything that has been said up to this point.

So, even if they aren’t offered concessions from Chicago, there are advantages to making the move that the city simply can’t provide.

And if the Bear’s projections are accurate, this entertainment district that will be built in the area surrounding their new stadium in Arlington Heights will generate an additional $16 million in tax revenue per year for the village, and create thousands of jobs.

Those are just projections, of course, and the village of Arlington Heights will likely conduct their own feasibility study to determine whether the benefits are truly worth it. They are certainly encouraging numbers for anyone who wants the move to happen, though. 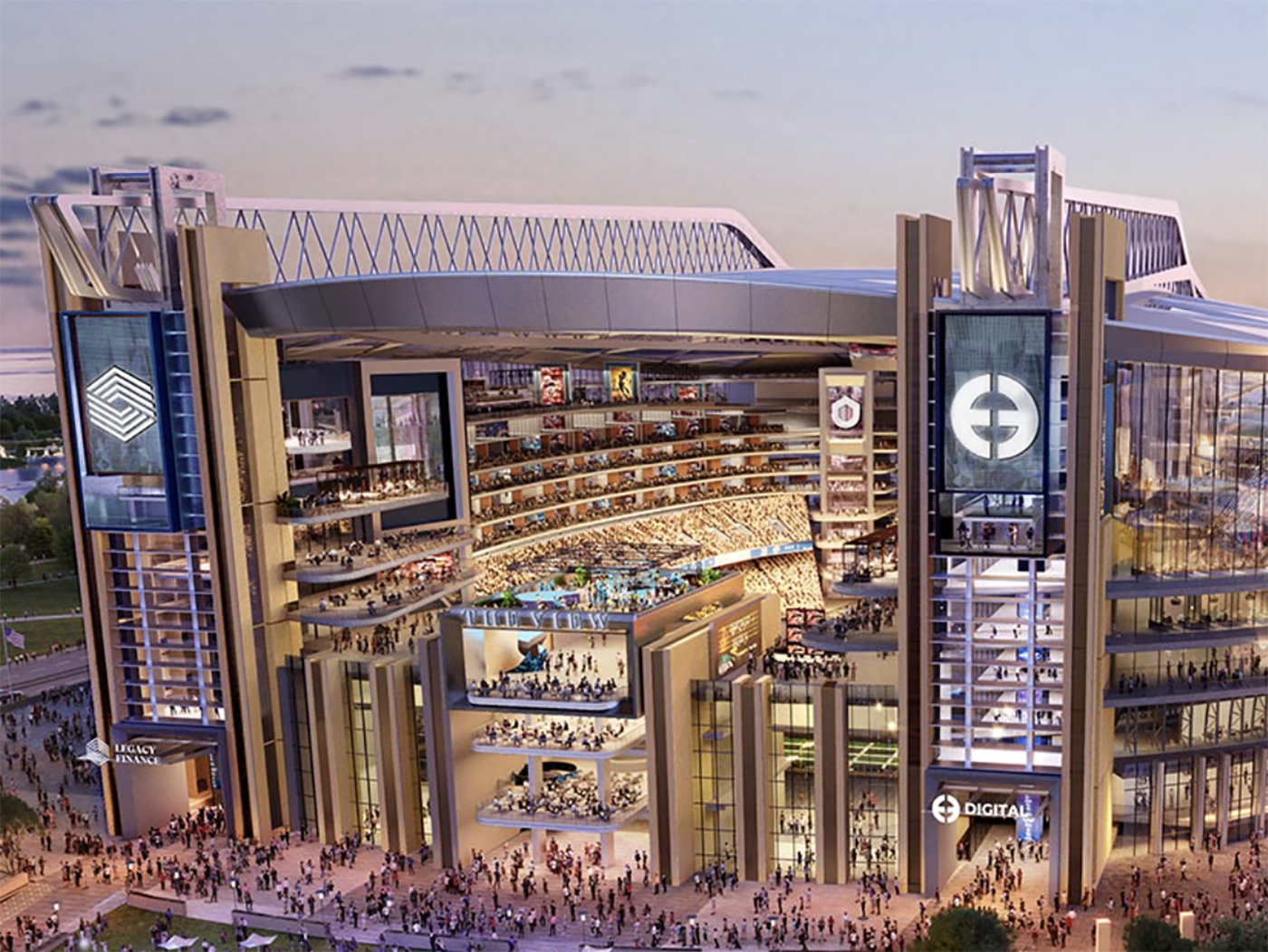 Mayor Lori Lightfoot and other city officials unveiled a plan to keep the bears by covering Soldier Field. (Photo/City of Chicago)

It also certainly wouldn’t be out of the ordinary for an NFL team to play in a suburb. Bhandari compared the Bears’ move to when the Patriots left Boston for the suburb of Foxborough, and why that move was massively beneficial.

“If you go to Gillette Stadium in Foxborough, they have a whole complex filled with all those things, bars, restaurants, movie theaters. You can make an entire day of going there. And they can capture that revenue from that extra entertainment.”

Do you think the move is likely to happen? Or do you think the Bears will stay in Soldier Field now that Chicago has agreed to renovate it? And what would you prefer that they do?