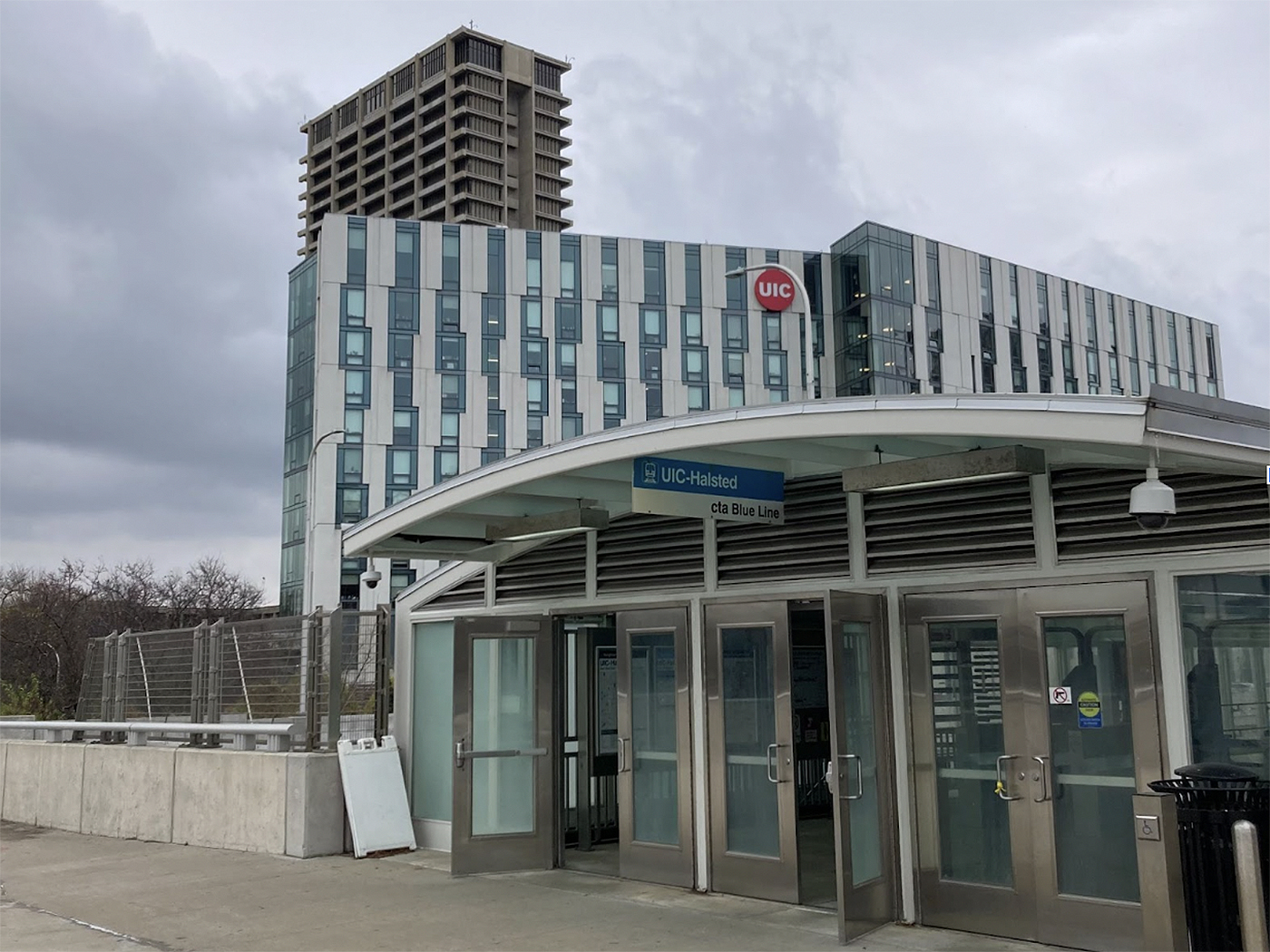 With 80% of UIC students being commuters, CTA trains and buses are usually full of students. And UIC student Joseph Chirayath, 21, is one of them.

Chirayath has been riding the Blue Line and buses since 2019, and he has seen his fair share of crime.

“People abusing drugs or peddling,” he said. “ I’ve seen people get slapped. But nothing too crazy.”

Assault and or battery is a common crime on the CTA, according to an analysis of Chicago Police Department data on the City of Chicago Data Portal. In 2022, the data show 980 counts of battery from Jan. 1 to Nov. 11.

Fights on train platforms are common in the city.  Fighting is a big problem on the CTA because it can lead to bigger issues, including the use of deadly weapons, experts say.

Drugs also have been an issue.

In 2019, there were 161 people found with narcotics. These narcotics include cocaine, heroin, PCP, cannabis over 30 grams, and more. All suspects were arrested except one person from 2022, and one from 2019.

Commander Joe Bird of the Chicago Police Department’s Public Transportation Section said that crime has decreased in the past few years. The CPD has added more officers as well as safety staff downtown in the central business district. Bird assured the public that there is an increased police presence all across the city, during this season.

“Overall crime for the last five year average remains down in the 20%. So we’re seeing a reduction in crime,” he said.

But Joe Schwieterman, a professor and transportation expert at the DePaul School of Public Service, said that to say there is a decrease in crime leaves out context.

“Crime has come down a tad,” he said. “But that’s from unacceptably high levels during the pandemic. So it’s small consolation to hear that crime is down. Another reason for concern is that the number of riders has dropped so sharply. So your chance of being involved in a crime on public transit are way up compared to just a few years ago. And riders are painfully aware of that.”

In a November press conference, Bird and Kevin Ryan, vice president of CTA security, addressed transit safety, especially during the holiday season. Bird discussed safety tips that the public should follow to be safer while riding the CTA.

“Keep your bags while you’re shopping secured to yourself,” Bird said. “Also, if you see a police officer, [or] a security guard, just engage with them. Second off, something, and as I mentioned earlier, if something doesn’t seem right, you know, please report it, please report it to the police.”

Bird stressed commuters being aware of their surroundings while on the CTA. He also encouraged community members to engage with officers and vice versa. His main goal is to create an atmosphere where the public feel safe while riding the CTA, especially during the holiday season.

“You shouldn’t wear both of your headphones in while riding the train so you can always hear your surroundings,” Chirayath said. “Also I would say if you are sitting close to the doors on the train don’t take your phone out at all. If you feel threatened or scared just switch cars or get off the train.”

CPD’s increase in patrols and police presence is one of the many solutions to the fear of using the CTA. Schwieterman said that many riders do not have a fear of being a victim of crime but are uneasy around the unacceptable behavior that is allowed on the trains.

This fear has even created an alternative transportation system for DePaul students. There is now a  campus bus service to carry people at night between the Loop and the Linkin Park campus. Schwieterman said that is a statement because the El is right where the bus leaves.

“I kind of criticized that at first but I get it,” he said. “If there are enough people at eight o'clock at night. especially females traveling alone, you know getting on the El is something they want to avoid.”

Officials are searching for ways to make the CTA safer for college students and the general public. Bird has already implemented one solution with an increased police presence on the El. He has also asked the public to implement another solution by following the Public Transportation and Safety and Protective Measures.

Schwieterman also said that there should be an alternative to dialing 911 if there is a problem on the train.

“What a lot of us have been calling for is something different than calling 911,” he said. “ Like if you have the CTA app, the venture app, and you feel uncomfortable on a train, and don't necessarily want to call 911. That seems way overkill.”

Schwieterman also said that a lot of people do not want to get involved in altercations on the train and call the police immediately. With the implementation of a reporting app, there would be more anonymity to the people reporting. He also stated that if a reporting app is implemented it will increase the amount of crime data that the CTA can use to chart problem areas.

“There's a spirit of lawlessness, particularly on trains that create a great sense of unease,” Schwieterman said.

What solutions can you come up with to combat this unease that is felt on the CTA? Share your thoughts in the comments below.