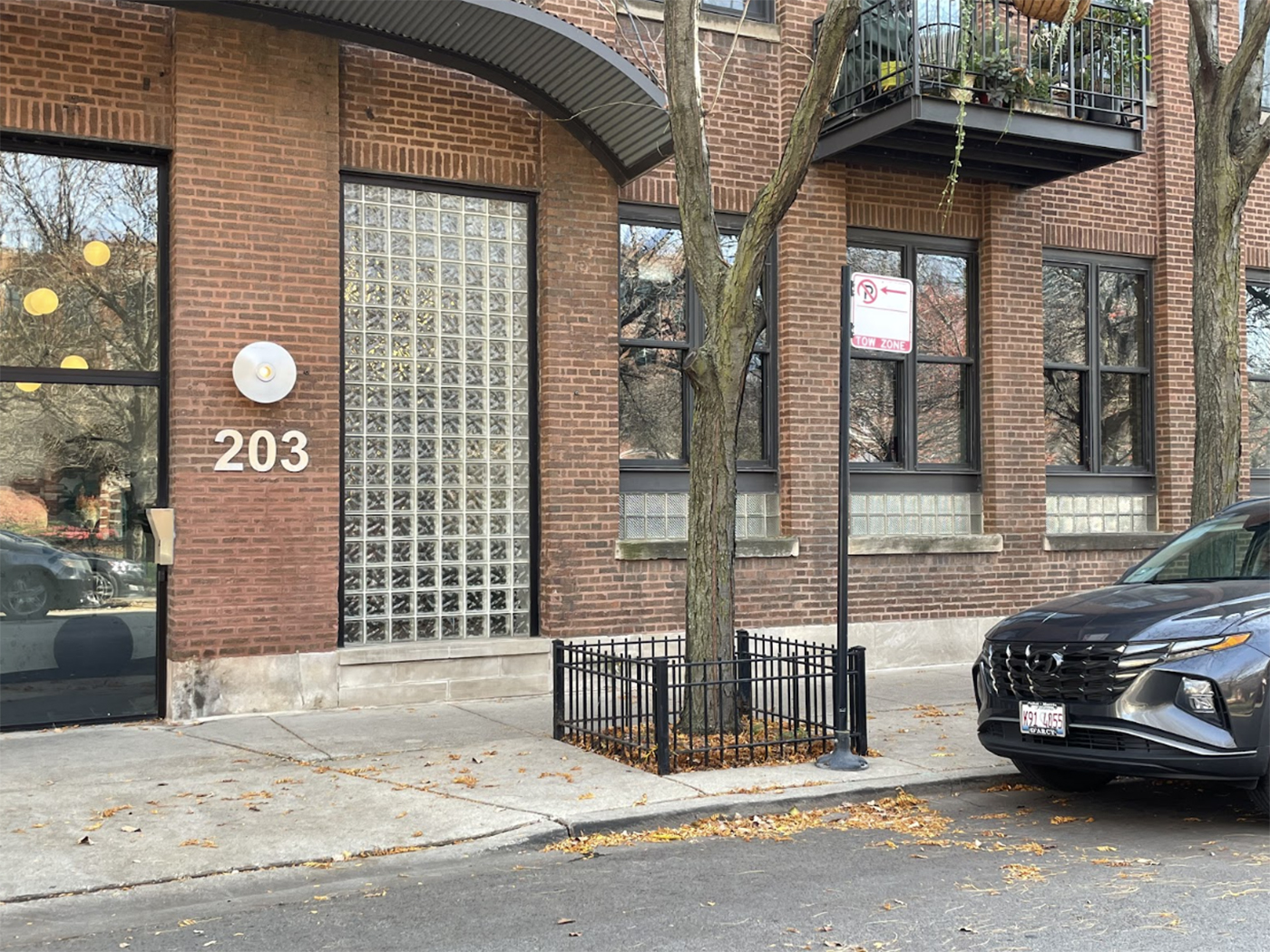 When asked about how safe she feels walking in the West Loop, professional dog walker Anna Regnerus said she still fears going outside, no matter what time of day it is.

“I walk down Sangamon Street daily,” Regnerus said. “My entire job revolves around walking outside in the West Loop.”

Chicago’s West Loop has been a popular neighborhood for young professionals and families. With proximity to Restaurant Row, the area attracts crowds during weekends and evenings. But in the past few years, West Loop residents say they’ve become more concerned about safety in the supposedly-secure neighborhood. A recent rash of attempted kidnappings has led to community meetings, self-defense classes, and calls to action.

The kidnapping attempts in the West Loop started in August, and only one of the three ended with a suspect in custody. There is little public information about the victims or alleged perpetrators of the other two attempts. 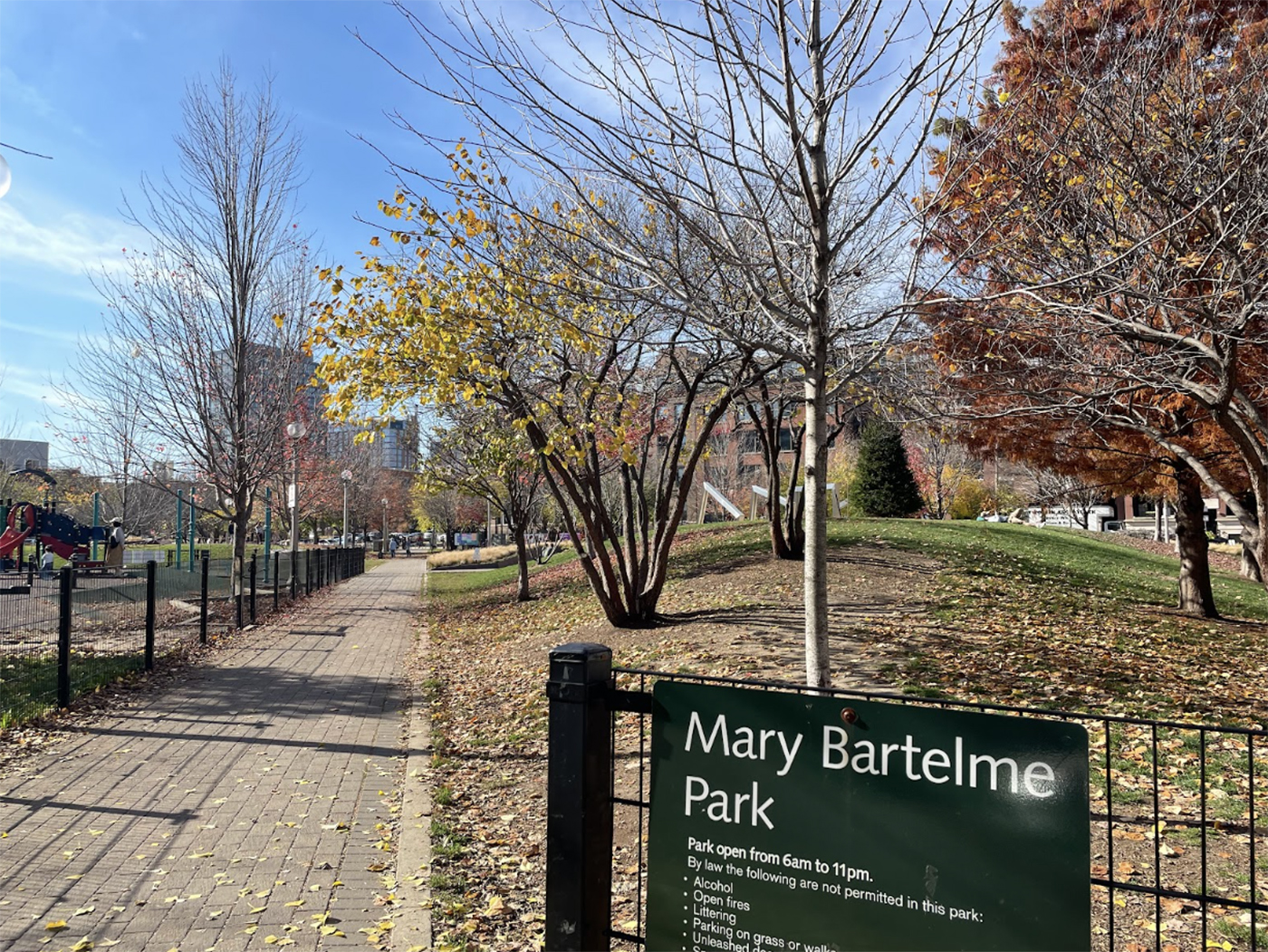 901 W. Monroe St.: This West Loop dog park was where a community safety meeting was held in early October about the safety of residents in the area. (Photo/Hannah Nicholson)

Charleigh Hicks, a West Loop resident and a student at the University of Illinois at Chicago, said she’s concerned about the recent crimes in the community.

“I think that the community needs to come together and start realizing that this is an issue and quit brushing it under the rug,” Hicks said.  “The officials in the community, the aldermen, they don’t take it nearly as seriously as they should, and it’s showing.”

Many locals who attended an October safety meeting in the West Loop said they were unhappy with the aldermen and police department for their lack of action, as well as their lack of patrolling in the neighborhood.

Burnett received several comments from residents throughout the meeting, with people even yelling out at him from the middle of the crowd.

“Stop blaming other people and say what you’ve been doing,” one resident told Burnett.  “You’re protecting yourself and your political career, this should be about protecting this community.”

The three kidnapping attempts happened between Aug. 21 and Sept. 25. Besides the three West Loop incidents, there were two more attempted kidnappings in the nearby South Loop.

On Aug. 21, there were reports of a possible kidnapping attempt at 14 S. Sangamon St. around 11:30 p.m. Neighbors in the area claimed they heard a woman screaming and had seen someone possibly being pushed into a car.

On Aug. 24 around 7:30 a.m., a dog walker near Mary Bartelme Park stopped what was identified as an attempted kidnapping. The dog walker claimed he saw a man approach a woman and try to lure her into his car before the dog walker intervened and sprayed bear spray into the vehicle before the suspect drove away.

The third kidnapping attempt in the West Loop happened on Sept. 25 around 8:45 a.m., when a woman was forced into a maroon minivan outside 225 S. Sangamon St.

A rideshare driver and their passenger witnessed it and stopped the attacker before he drove away, saving the victim. A neighbor also caught this on video, posting to the True West Loop Facebook group.

Recently, local gyms like POW! Gym Chicago and Krav Maga Force began offering self-defense courses for women in the West Loop area. These free and packaged classes started showing up shortly after the attempted kidnappings in the area. Hicks attended two different self-defense classes after the uptick in crime.

“Unfortunately, it takes an issue like this to interest people in going to these classes,” Hicks said. “But I think the gyms did a really nice job at putting them together and just giving some tips that I definitely wouldn’t have known otherwise.”

Moshe Tamssot, the administrator and creator of the True West Loop Facebook group, said that he isn’t shocked that crimes keep occurring in the West Loop, referencing the fact that police officers and the district commander weren’t even present at the community safety meeting that they said they’d be attending.

“When I saw that the police commander didn’t show up, they couldn’t have done a better job of highlighting the problem,” Tamssot said. “The police aren’t showing up.”

Tamssot has been running the True West Loop Facebook group since 2016 to give the residents in the area a voice. He believed that the people needed a place to share opinions, and he began to share polls about issues in the community.

Recently, Tamssot shared a poll asking members if residents felt any safer after the Oct. 1 safety meeting, and 97% of those who responded said that they did not feel any safer afterward.

The call to action for the safety meeting started in the True West Loop group, and members of the group were the ones to plan the meeting itself. It occurred after the Sept. 25 attempted kidnappings, where two other women were also attacked by the same suspect in the nearby South Loop.

After this happened, the Chicago Police Department issued a community alert warning residents of the 12th District about the crime that had occurred. The suspect was eventually caught in a South Loop train station after attacking two other women.

Attempted kidnappings and crime, in general, are not new to Chicago, but they are new to the West Loop, residents say. On the other hand, Tamssot says that crime has been on the rise for a while but is now being noticed since becoming a rather wealthy neighborhood.

According to an analysis of Google search data over the past 90 days, the search terms “West Loop kidnapping” and “Chicago kidnapping” both have spikes in searches surrounding incidents of kidnappings or attempted kidnappings.

The search data shows that the spikes for “West Loop kidnapping” surrounded the instances of attempted kidnappings in the area, or when certain news stories were published about them.

Residents in the one square mile neighborhood of the West Loop say they are still not feeling safe, whether they’re at Mary Bartelme dog park or simply walking down the streets.

“I’m tired of being scared to go outside,” Regnerus said. “Yet nobody is doing anything to protect us.”