By Maria Gonzalez and Mariah Martinez

Pilsen resident Albert Lopez grew up in the neighborhood and witnessed first-hand the financial struggles his family endured because of gentrification.

“My father had lost my grandfather’s building that was in the neighborhood,” he said, “He lost it to the banks. And it’s just interesting to see how at first, the property value was extremely low when he talked to the banks prior, but now due to simply upgrading some things, the rent prices have gone up for people.

“For some people like where it causes them to have to move out. Eventually for people like my family… they took it in stride.”

Pilsen, like many communities in Chicago, still suffers from the effects of redlining. Redlining, which began in the 1930s until the 1960s, were standards set by the federal government and carried out by banks and labeled neighborhoods made up predominantly of people of color as risky and not worth investing in.

Gentrification is complex and It can occur in a variety of ways, experts say. The issues run deep and often appear benign at first. It can begin with roads being fixed and parks being built. Eventually taxes begin to rise and the current residents, often of low-income status, are forced to move; the empty houses these households leave behind are then transformed and sold to often white, affluent buyers.

William Sites, an Associate Professor at the Crown Family School of Social Work, Policy and Practice at the University of Chicago, explained how the gentrification process often works in cities.

“What really propels gentrification in sort of many cities today are larger changes in the city in terms of what might be grouped under this notion of economic restructuring,” he said, “the ways in which cities are increasingly being remade, sort of from the downtown outward in ways that revive the city economies, but also increasingly really make urban spaces for wealthier people.”

Under the guise of self-improvement, cities transform neighborhoods like Pilsen in an attempt to beautify the area at the expense of the current residents. With these new changes comes a rise in rent that drives out current residents and forces them to sell their property much like Lopez’s father had to do.

Sites also talked about the benefits that the predominantly white residents who move into these gentrified areas gain that weren’t available to the people of color who were living and currently live in neighborhoods like Pilsen.

“…They’re more likely to gain some of the economic privileges that come from being white,” Sites explains, “And particularly when they’re moving into communities of color, which don’t enjoy those privileges, which have had historically less access to credit, less access to financial institutions, less access to quality housing, the sort of racial disadvantages that longtime residents experience put them…on the defensive…”

It is these disadvantages that hinder the growth of Pilsen and neighborhoods like it that are predominantly POC neighborhoods. Because of this people of color are often denied access to loans that would help them buy and repair houses within their neighborhood. Eventually these neighborhoods with their lack of funding fall into disrepair.

Pilsen, although suffering from gentrification for years, has managed to maintain its identity. But rising rent prices and a changing community has many residents worried they might not recognize their community in the years to come.

The Loss of Culture

Pilsen, like other Chicago neighborhoods, is home to a variety of murals and art pieces. Unfortunately, an aspect of gentrification that is often less seen and discussed is the loss of identity within a community at the hands of gentrification.

“There’s definitely less, I would say, teen arts,” said Vanessa Sanchez, director of the Yollocalli Arts Reach program. “I don’t think I’ve noticed it as much except for maybe in the schools. I think that’s the biggest difference I’ve seen lately, is when people want to talk to me about art programs in Pilsen. It’s hard for me to think…before there was like 10 or so and now, it’s not as much as there used to be.”

The art program Yollocalli Arts Reach, once called the Pilsen neighborhood home for years after the National Museum of Mexican Art started the program in 1997. They started the program with the intention of helping out young people with their educational needs. They also often hold community events and host their own radio show.

They stayed in Pilsen until 2013 when due to financial issues, they made the decision to move their main offices to the Little Village neighborhood.

Art programs have been the heart of communities for years. They paint, quite literally, an image of their neighborhood and those who reside in it. And oftentimes these types of programs offer young community members a chance to learn new skills and help open the door for more opportunities.

Funding to these programs helps maintain a community’s identity.

“It can also create opportunities for you know, for guarding against what people call cultural displacement,” Sites said, “the ways in which, particularly a community like Pilsen, which has a long time sort of Latinx identity, which is very important to the people who live there.”

Sites goes on to explain how the community’s identity crumbles if the core group of people who live in Pilsen, who are predominantly Spanish speakers, move away. They take with them the culture that draws people to Pilsen. The works of art decorating the Pilsen neighborhood attract investors like moths to a flame but sacrifice the residents that made them. 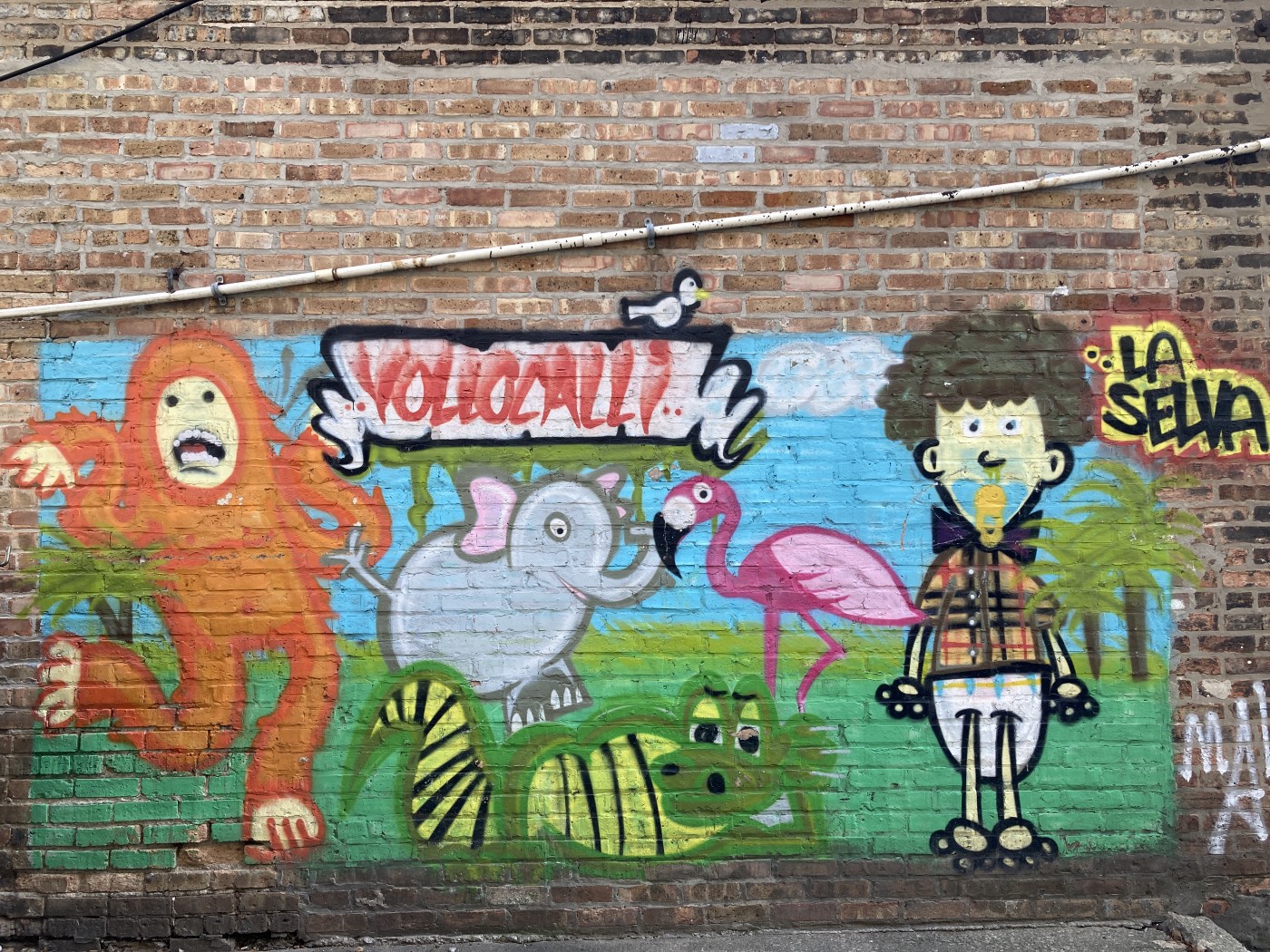 So what options are there for Pilsen and communities like it? A method many community members have taken to is to create community-based groups to combat gentrification.

“So there’s this amazing organization…the Pilsen Housing Co Op,” says Sanchez, “And what they’re trying to do is buy buildings that are primarily like apartment buildings, [they] convince the owner to sell that building to longtime residents, or people in general, so that they can create a co op.”

Organizations like the Pilsen Housing Co Op give power back to the residents living in these buildings and help them counter rising rent prices caused by gentrification.

Another group is The Resurrection Project, a non-profit organization committed to helping not only the Pilsen neighborhood but all of Chicago’s southwest neighborhoods. TRP helps create community ownership and helps build community wealth.

Since its founding nearly 32 years ago, the organization has secured millions of dollars toward community investments such as: rental housing, community services and homes for ownership.

“I feel like that’s definitely a great step into what should be happening in neighborhoods,” explained Sanchez, “like less of residents having to sell their homes to make a profit and have move to another neighborhood.”