Duckworth Reelected to U.S. Senate in Big Win Over Salvi 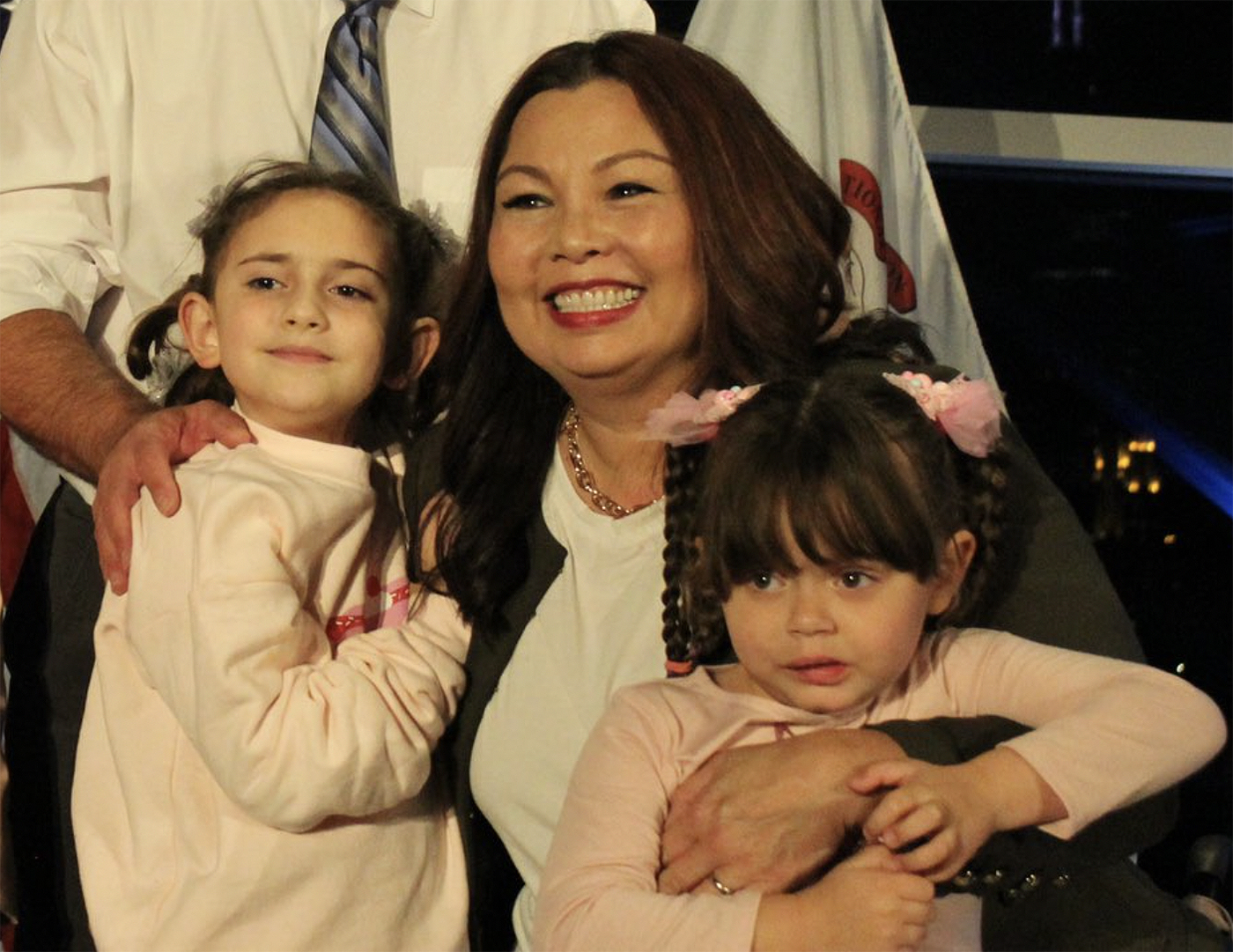 Tammy Duckworth celebrates on stage with her family. (Photo/AJ Castaneda)

Duckworth held her election night event at the Adler Planetarium and told the gathered crowd, “I will never stop fighting to better this state that we all love.”

“I know there are still some folks seeking to sow seeds of division among us, and I know that we’re a union that, yes at times, has been anything but united,” she said. “But the miracle of America is that when it looks like those worst instincts are set to prevail, we come together and we resist those instincts. We refuse to give to that darkness. Black, White, Asian, Latino, Gay, Straight, Transgender, you name it, we march. We speak out. We remember that we are the ones we’ve been waiting for. That we are the change that we seek, as a certain other Illinoisan who used to hold my Senate seat once said.

“We believe that the impossible can happen to any of us. That if you work hard, this nation will give you the opportunity to do anything you want. That even if you grew up hungry and nearly homeless like I did, you can rise, rise, rise.”

Her lavish election night event was well-attended and included free food, parking, drinks, gifts, and art around the Adler Planetarium that was being sold by the artist Emilio Reyes.

In the primary, Duckworth raised a total of $20,410,485 for her reelection campaign. A former U.S veteran, she served from 2003- 2011 and lost both of her legs after her helicopter was shot down during the Iraq war. Duckworth graduated from George Washington University with a Master of Arts in International Affairs. She also graduated from Northern Illinois University with a Ph.D. in Political Science. Duckworth first won her seat as U.S Senate for Illinois on Nov. 8, 2016, defeating former U.S. Senator for Illinois Mark Kirk by 3,012,940 votes (54.9%). She previously served as a U.S. congresswoman.